I wear my instructional technologist cape over my mom cape most days. Once they kiddos get home, I wear them both. Thank goodness they came in coordinating colors! 🙂 Often these worlds overlap, and most often I learn quite a bit about my professional life from my personal life. Last evening just happened to be one of those evenings!  My soon to be 5 year old is full of life and energy. He is ALL boy and loves all things dirt, bugs, and animals! He has watched my ongoing relationship with Google Now, and he often hears the words “Ok Google” from me, so it was no surprise that he grabbed a Nexus 7 and called out that command last night.

The back story here is that I recently had him tested for speech and language. He is often difficult to understand sometimes, and I wanted to get early intervention if necessary. After testing, it was determined that he has no speech delays at all. He has command of every sound he should have at this age. This was a relief for me, however, we were still faced with trying to help him speak clearer and enunciate. He speaks very fast and often lacks proper enunciation. Now if you have ever had a conversation with me… you probably know where he gets the fast talking! 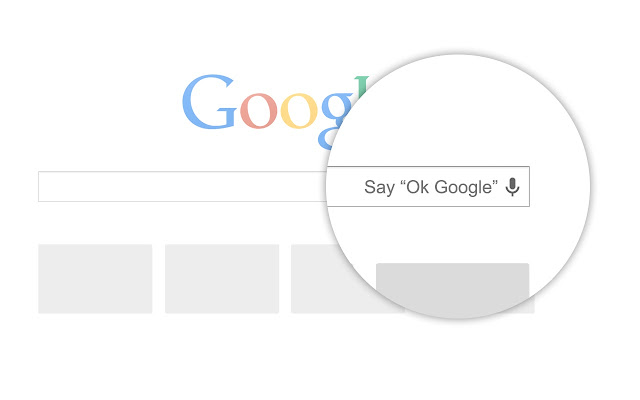 So fast forward to last evening and the little boy with the Nexus 7. Without hesitation he called out “Ok Google”, and then he rattled off a command. Sadly Google didn’t understand him. He tried a few times, but each time he was unsuccessful. Then the light bulb went off! I asked him what he wanted to see, and of course he wanted to see grasshoppers! I then helped him clearly practice saying ‘grasshopper’ slowly until he had it. Then with confidence it was “Ok Google, grasshopper!” Voila! All of a sudden he could see images of every kind of grasshopper Google images could pull up! He was in little boy heaven. Then he wanted to see frogs, beetles, ladybugs, and termites. He was practicing each word clearly and slowly before calling out the command and having success. You better believe we had to drag him off of that device to get him to the shower!

So where does this fit into education? Let’s start by knowing our students. What are the struggles our students face? What interests them? Now use Google to facilitate intervention. In my case it was speech and language, but I know you can think of so many other interventions that Google could assist with. For second language learners Google could be the vocabulary intervention. I know when I taught 3rd grade I had a student who could not grasp the difference in urban, rural, and suburban communities. Google images made those vocabulary words come to life. Google Maps could make that even more amazing!

So imagine if you looked at the assistive needs your students face everyday and figured out how Google could be your partner in practice. Think about what possibilities exist when you look at the simplest technology as something that can revolutionize learning!

Please let me conclude with this… No matter how great you think your school’s web filter is, there is a likelihood that at some point an image or site will find its’ way in to your classroom that is not appropriate for students. Be diligent by pre-searching, preparing a list of words and phrases they can google, and always being present in the moments when search is happening.  There is so much potential here, we simply do not want to lose these opportunities from a lack of diligent supervision.